This mural is COMPLETE now!

I’ve been commissioned to design and paint a mural for a movie theatre!  I’m excited as I won’t be painting and underwater scene for a change.  😉

This mural will depict a movie production of a classic western featuring cowboys, a sunset backdrop, the Hollywood Hills, a downtown facade and a movie crew.

In progress: Cindy seems oblivious to the gunfight about to erupt!

Here’s how it started, with the sketch for the mural:

As usual, I start with the background and start painting in layers.  In this case I started with the clouds and then added the Hollywood Hills on top.

I know, it looks like a ski slope… it will be a building someday soon! 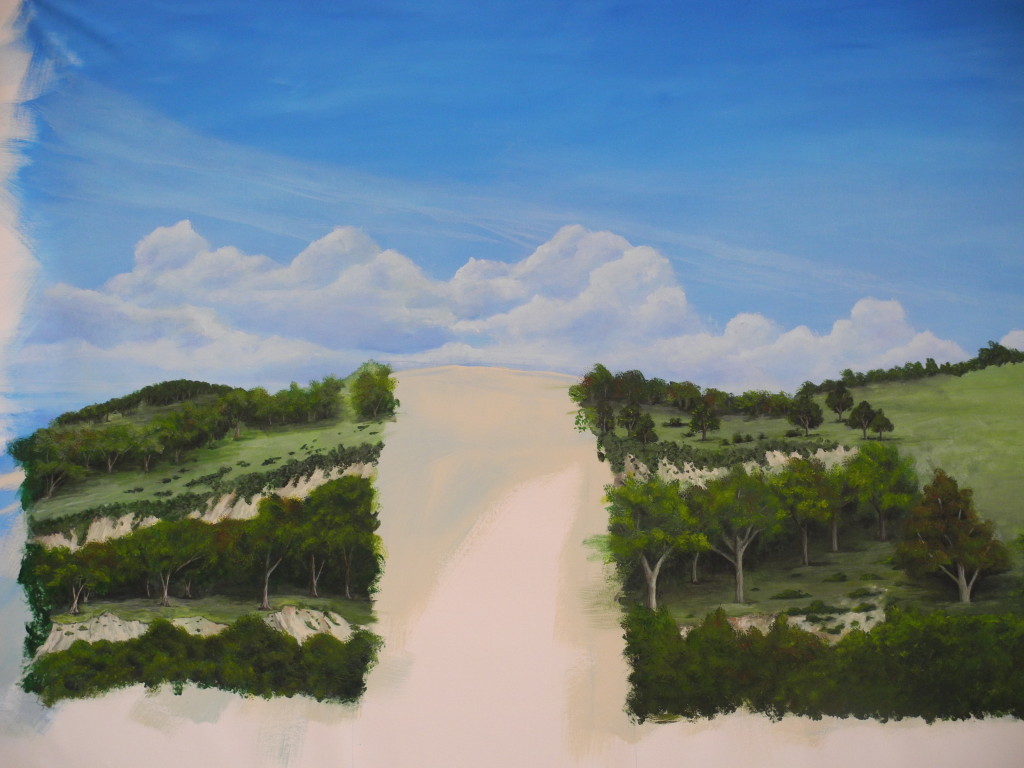 I blocked in the Hollywood sign so that i could get the landscape worked out- I’ll be adding details later, like the posts and frame work.

The hills are done and I’m ready to move on to new elements!

The Earp Brothers and Doc Holliday are done – and the lone gunfighter is almost finished.

Here are some more progress photos as well as pictures from the grand opening and unveiling: